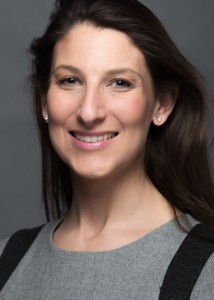 The Griffin Report’s September article on “The Hispanic Marketplace,” discusses the grocery buying patterns of the largest segment of one of today’s most influential shopping populations: multicultural consumers. “Multicultural consumers,” as defined by the U.S. Census Bureau, refers to American consumers who identify as Hispanic or Latino, Black or African-American, American Indian, Asian, Pacific Islander, Other, or Two or More Races. Contributing to 92% of total U.S. population growth between 2000 and 2014, and projected to become the U.S. majority by 2044, multicultural consumers are united from a market perspective “growth engine” of the future in the United States.
The relevance of multicultural consumer trends to supermarkets extends beyond food-specific buying habits of a particular cultural group. The U.S. Census data indicates significant growth in the number of people in the U.S. who identify as multiple races and equally with multiple cultures. Multicultural communities and households have also increased in the past decade by over 75% and 30%, respectively. As Nielsen (2015) emphasizes, this multi-cultural blending at individual, household and community levels suggests the growing population of consumers with a multicultural mindset. Given this new “multicultural mainstream” and associated consumer influence, adopting a multicultural outlook is critical to strategically growing non-foods categories in supermarkets.

The Consumer Power and Influence of a Younger Population
Nielsen’s 2015 report entitled The Multicultural Edge: Rising Super Consumers point to the three largest multicultural populations – Hispanic or Latino (expected to account for over 50% of U.S. population growth by 2020), African-American, and Asian American– as drivers of U.S. purchasing power. According to Nielsen, buying power of the multicultural population increased by 415% from 1990 ($661 billion) to 2014 ($3.2 trillion) – more than double the increase of total purchasing power of the U.S. overall during that period.
The relative younger age of multicultural consumers accentuates the significance of their retail influence. Based on median age and life expectancy, years of effective buying power are estimated to be greater among Hispanic, Asian-American, and African-American consumers than Non-Hispanic (NH) White consumers. This means greater long-term return on marketing investment and brand/retailer loyalty efforts. In addition, representing 44% of the millennial population, multicultural consumers are trendsetters for all shoppers. Nielsen refers to the “unprecedented influence” of multicultural consumers on mainstream U.S. culture and buying behavior of non-multicultural shoppers. The resulting expanded opportunity for market growth is accentuated in brand- and trend-driven categories of health, beauty and wellness (HBW).

“Super-Consumers” of Non-Foods
Multicultural consumers account for a disproportionate percentage of “super consumers”—the top 10% of households that drive at least 30% of sales, 40% of growth and 50% of profits. The emotional and cultural connection that often drives product enthusiasm among super consumers points to market opportunity for retailers in key non-foods categories.
Multicultural consumers represent 38%-53% of super consumer sales and a disproportionate percent share of overall sales in certain beauty categories including skin care, men’s toiletries, bath and women’s fragrance, as well as health categories including feminine hygiene, family planning and baby needs. These categories echo the population’s younger demographic (starting families) and point to future market growth for other categories.

Connection to cultural heritage: According to Nielsen’s survey reports, cultural identity is of particular importance to 78% of African-American and 71% of Latino consumers (compared to 61% of Asian-American and 60% of NHWhite respondents). Nielsen points specifically to brand and product preference that “speak to the culture, self-image and aspirations.”

Support of Social Causes: The increasing focus on mission-driven companies is often discussed in the context of millennial shoppers (and natural products). Manufacturers of non-foods products ranging from soaps to stuffed animals are embracing “buy one-give one” and other philanthropic business models. Hispanic consumers, in particular, are driving this trend: 43% of Hispanic, 39% of African-American, 38% of Asia-American and 34% of NH White consumers expressed expectation of the brands they purchase to support social causes.

Digital Savvy: Social networking platforms make it easier than ever to connect and share ideas across diverse geographies, languages, and cultures. Nielsen’s Electronic Mobile Measurement (EMM) shows that multicultural consumers are more digitally active on social media and with mobile devices (82%) than their non-multicultural counterparts (70%). Across mobile activity, multicultural consumers over-index NHWhite consumers (by 32% on number of sites visited and 42% on apps used). This mobile connectivity can translate to key opportunities for engaging multicultural customers with non-foods products relevant to their personal shopping needs.

Beyond Multicultural Marketing
The right marketing approach can help supermarkets make the most of multicultural consumer insights for growing their non-foods business. In the context of today’s multicultural “merging or mashing” (Nielsen 2015), some marketers recommend a “Whole Market” approach to engaging all consumer segments together; other industry experts debate the effectiveness of a holistic versus more segmented marketing approach to engage multicultural consumers. Given the diversity and uniquely blended cultural identities of today’s U.S. consumers, the ideal marketing strategy may actually take a third approach: individualized marketing that targets the unique combination of cultural identity and product preference may reign. Regardless of the marketing approach, one take-away is clear: embracing a multicultural mindset is key to meeting consumers’ needs today and in the future.